I don't recall ever having eaten tapioca pudding before, so I was curious about this week's Tuesdays with Dorie recipe, Coconut Tapioca from Dorie Greenspan's Baking Chez Moi.

The recipe calls for large-pearl tapioca, which I was unable to find in the supermarket.  The pearls I bought were pea sized.  Based on other cook's comments about the gelatinous nature of their finished puddings I increased the milk by one half cup.  I substituted almond milk for whole milk for the comfort of the other eaters in the household.  I didn't notice until later that the almond milk had added sugar.  One taster thought the pudding was too sweet.

To me the finished product was much like rice pudding, and I wished later that I had sprinkled the top with cinnamon.

Now I will have to investigate other recipes to use up the rest of the tapioca pearls. 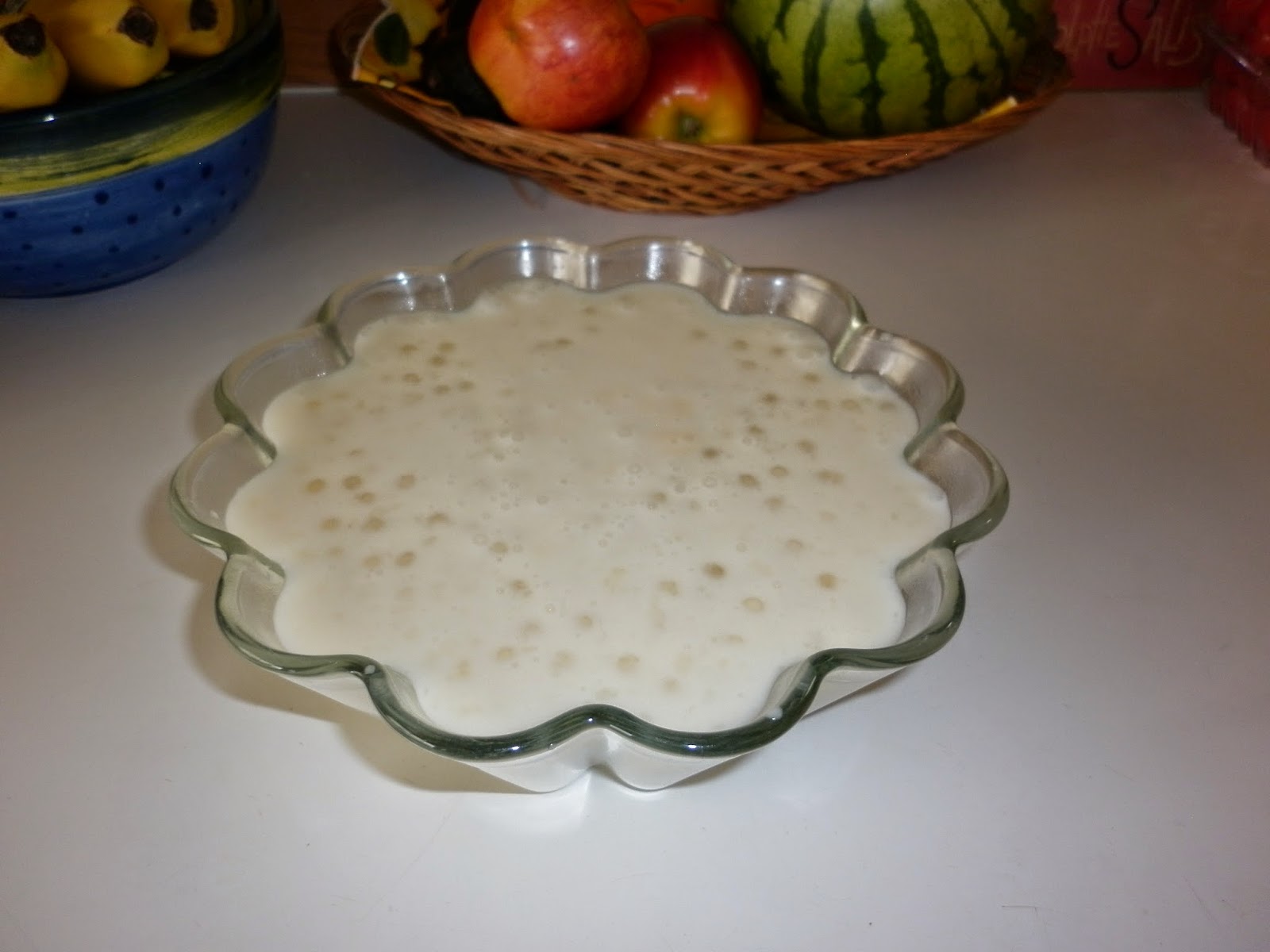 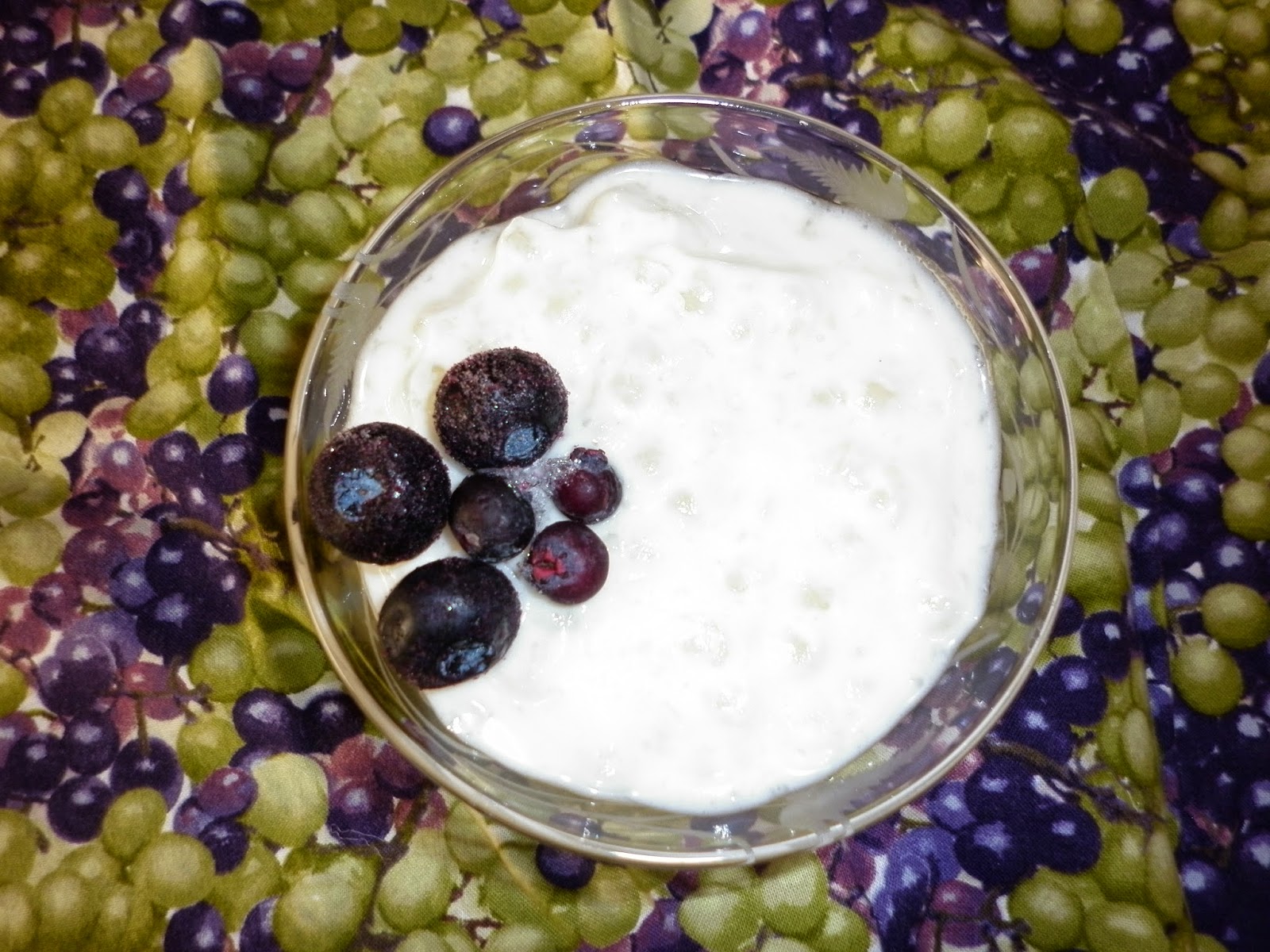 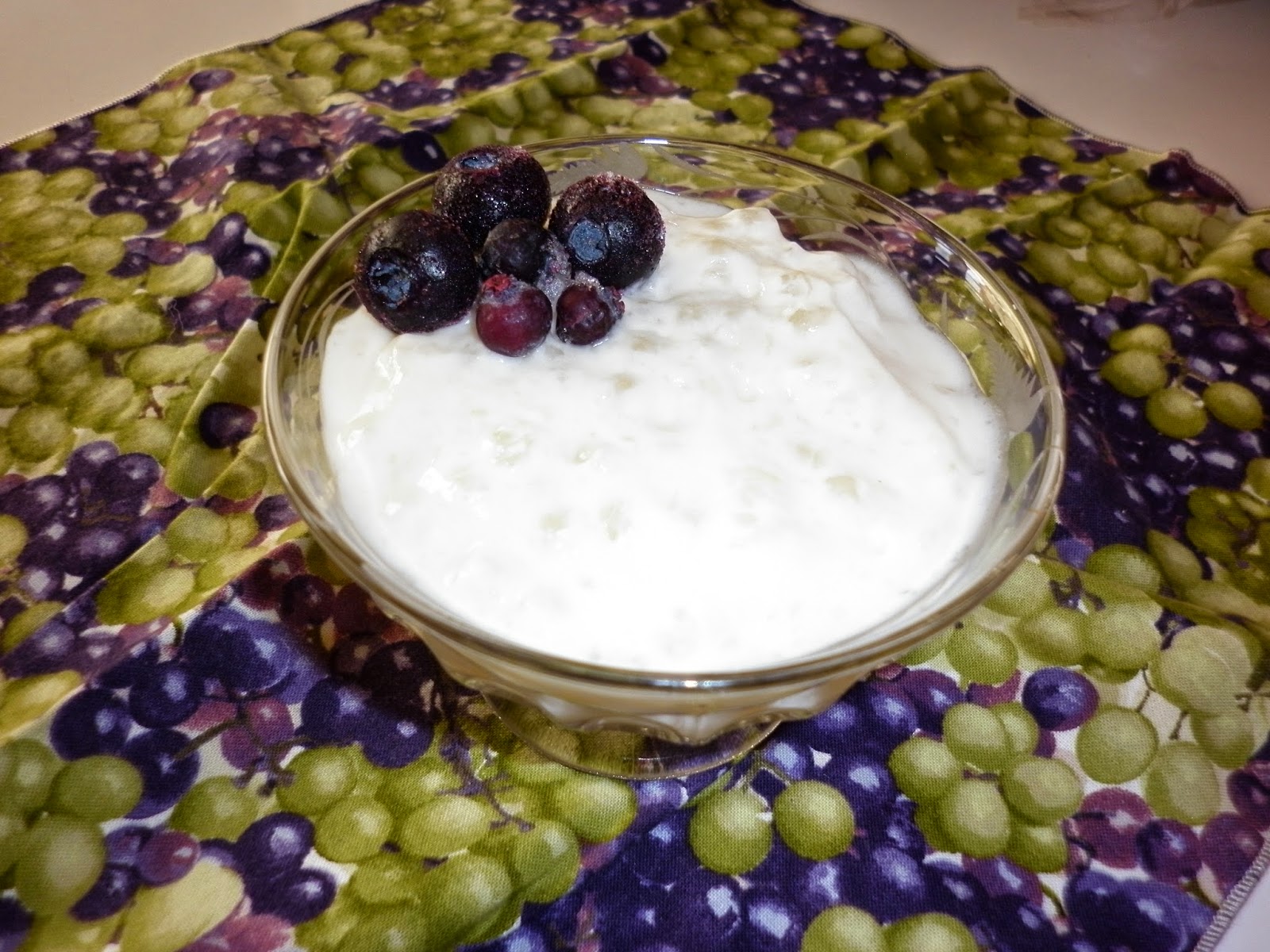